“Mirin Fader gives readers a gorgeous portrayal of one of the most unique talents to ever play professional basketball. But Giannis is more than just the comprehensive story of a once-in-a-generation athlete. It is the story of how American promise intersects with iron will, and heartwarming vulnerability.”—Jemele Hill, host of "Jemele Hill Is Unbothered"
“For years, I have admired Mirin Fader’s ability to tell a long-form journalism story. I’m happy (and unsurprised) to say her skillset has translated over perfectly to books. This book is engaging, smart, and unputdownable.”—Shea Serrano
“Around the time that the Greek Freak was busting out in the NBA, Mirin Fader was doing the same thing in her line of work. In a journalism world that had become more and more about opinions, Fader decided that she would be a storyteller, and she invariably spins her tales with vividness and clarity, fueled by endless curiosity.”—Jack McCallum, author of Dream Team
“Mirin Fader traces an upbringing marked by deep family ties, extreme poverty, racism, and xenophobia. Like its subject, this biography is serious, engaging, and, more than anything, inspiring.”—Ben Golliver, author of Bubbleball
“Giannis the basketball player is almost too good to be true—and so is his story, told here with vivid writing and meticulous reporting. Mirin Fader’s portrait of the young superstar is as graceful, understated, and powerful as Giannis himself. A superb biography.”—Jonathan Eig, author of Ali and Luckiest Man
“We think we know everything about modern-day superstars. We’re sure we know everything about modern-day superstars. Then along comes Mirin Fader with this nuanced, detailed, revealing portrait of a man who has lived one hundred lives in twenty-six years. A fantastic read that proves most dreams go unaccomplished without toil, despair, grit, and an unyielding quest to soar.”—Jeff Pearlman, author of Three Ring Circus and Showtime
“The stories. My goodness, the stories. Mirin Fader’s ability to find and tell the most illustrative and humanizing tales really shines through. A player this great deserves his story to be told like this."—Marcus Thompson, author of Golden and KD
“[Mirin Fader] wrote the book on Giannis… at the moment that he is transmogrifying into an all-time great.”—David Shoemaker, The Press Box
“[Fader’s] biggest skill is her accumulation of details through deep reporting — that’s when she’s in her bag, as basketball fans like to say. Some of these details might seem trivial (the smell in an intern’s car after a trip to upstate Wisconsin to fetch a goldendoodle puppy for Giannis’s girlfriend), but they transport the reader to a place and time. The vividness of the stories she tells, the memories she’s able to pull out of people, unmask facets of Giannis’s playful and endearing personality. Though we see him on television as the king of the court, the book reveals a humble soul shaped by his upbringing.”—Washington Post
“Eye-opening….Over the course of 400 pages, Fader manages to pull at the threads of Antetokounmpo’s Horatio Alger-esque tale to reveal a deeply human story that is as forged by politics as it is by sport….Fader has done something pretty remarkable….The depth of Fader’s Giannis – using basketball as just one of many lenses to view its subject – [creates] a work that feels complete, even while only being the beginning of the story.”—Milwaukee Mag
“A new name must be entered into the conversation of the great sports biographers…there’s enough detail, stories, and nuance to make these pages breeze by without wondering ‘When are we getting to the good stuff?’ It's all good stuff….The book is simply terrific, and it’s one that readers don’t have to be fans of basketball to enjoy."—Plainview Herald
“[A] masterpiece...the epitome of great sportswriting....Fader’s book is reminiscent of a David Halberstam masterpiece, as she uses her hundreds of interviews to paint as complete a picture of Antetokounmpo’s still young life as there is.”—The Chattanoogan
Read More Read Less 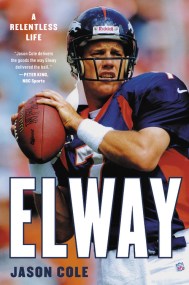 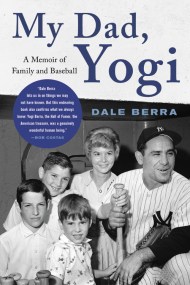 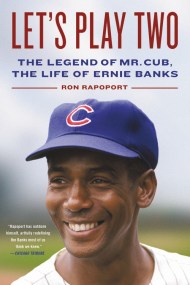